Get ON1 Photo RAW for Mobile

Welcome to the February edition of ON1 Insider, the place to learn about what’s going on behind the scenes, gain perspective for ON1 happenings, and not the place for leaving feature requests. 🙂 We’ll discuss feature requests further down. This year is flying by; I can’t believe we’re almost half way through February. It’s sure to be an exciting year at ON1 with our pace and what we have in store for this year. The ON1 plugins for Capture One are here, and I know many Capture One customers are ecstatic. My first topic for this edition of ON1 Insider is all about plugins. Let’s get started.

We’ve been developing and selling plugins for Photoshop and Lightroom for 15+years at ON1 (or onOne back in the day). Back then, it was all about time-saving products like PhotoTools, PhotoFrame, Mask Pro, Genuine Fractals, and many others. The goal was to give photographers the results they needed in a short amount of time. Photoshop was very complicated, and Lightroom was relatively new. Our plugins were the perfect fit for photographers looking to speed up their workflow. Plugins were the secret sauce photographers used to make their photos stand out and gave results not easily achievable in the Photoshop and Lightroom worlds.

Then there were two significant shifts in the market. Any guesses? March 2013, almost eight years ago, Adobe went subscription only for Lightroom and Photoshop. Many of our current customers made the switch to ON1 at the time and never looked back. They do not want to subscribe to their photo editing software and likely never will. With ON1, they could own their software and a major reason why ON1 will always offer a perpetual license for the software. Now that’s out of the way, let’s continue.

The next major shift came in March 2016. Google, owners of the Nik Collection, decided to make Nik Software plugins completely free for anyone. This left a vacuum in the plugin space nobody saw coming. A short time later, we made our big shift and began focusing almost entirely on ON1 Photo RAW. Dubbed the future of raw photo editing and our main focus to this day. Plugins then became an afterthought for ON1 until recently.

ON1 Plugins have come full circle. Their popularity has grown recently, and our plans are to inject our new technologies and time-saving features into plugins once again. Some plugins today solve more complex tasks efficiently (culling, for example), can produce better results than their host application (noise, portrait retouching), or complement existing workflows (secret sauce, effects, sky replacement). As we state on our plugins page, “Every photographer wants the best in class editing software for their workflow. ON1 plugins work with YOUR specific software of choice at a level of integration no other plugin does.” Deeper integrations will include keeping photos re-editable, working with multiple photos between the plugin and host app, and more.

ON1 Photo RAW is firmly in its place as the best all-in-one photo editor, and without it, there is no ON1. ON1 Photo RAW delivers way above-average editing tools and value for the price. A little over 85% of Photo RAW owners are using the app as a standalone workflow, not as a plugin, and that number grows every year. It will continue to be our primary focus. We need to expand our product offerings, and if you’re using Photo RAW as your primary photo editing application, not much changes. There are way more photographers out there than ON1 Photo RAW owners and we want to be able to serve them regardless of the workflow they’ve chosen. The biggest opportunity for ON1 is to bring our technologies into these other workflows through plugins.  If you use other applications (such as Photoshop, Lightroom, Affinity Photo, or Capture One) as your primary photo editor, strongly consider choosing the ON1 Professional plugins.

Dan asked me to solicit some feedback from you fine people for specific submissions to the Photo RAW Project.

Lastly, I need to admit something. It’s a painful admission, but I’m ready. ON1 360 was an awful name for a product. I’ve read every one of the online comments regarding this topic. I take it back, and I promise it won’t happen again. ON1 360 was never the product, but merely the cloud syncing feature of Photo RAW. So what happened to it? Nothing. It’s still there but is going through a rebrand. ON1 360 will now appear as the Cloud Sync feature we include with a subscription to ON1 Photo RAW. Cloud Sync will allow subscribers to sync photo organization, edits, and eventually presets and extras from computer to computer and computers to mobile devices. We will keep it priced as it is today and continue making it part of Photo RAW for those who choose to subscribe. Keep in mind the cloud syncing has always been a subscription offer. Anyone subscribing to any ON1 360 plan will have no interruption. It’s only a rebrand. Thank you.

My final thought – I hope to see each of you in ON1 Plus this year, Dylan, Nathan, Hudson, and the entire crew have some great stuff in the plans.

Patrick is the VP of Marketing at ON1 and has over 17 years of experience in the industry. He’s also an all-around good guy. 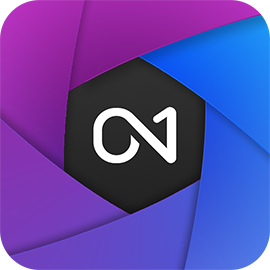 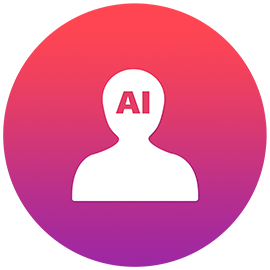