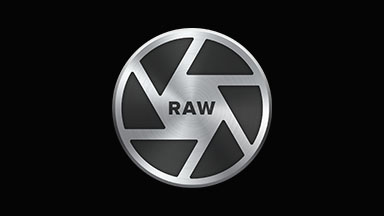 I wanted to personally thank you for the continued support as we get closer to the launch of ON1 Photo RAW. The response from the ON1 community has been tremendous since our announcement in April. I assure you, everyone at ON1 has been working hard to deliver the best release in our 11 year history.

Since we first announced ON1 Photo RAW back in April, our goal has been to deliver the world’s fastest, most flexible, and easiest-to-use RAW processor and photo editor on the market. To achieve this, we launched initiatives like The Photo RAW Project, where we asked the community to vote on the features they want and how they want them implemented. We have been overwhelmed with the positive support and feedback. So much so, that we adopted an entirely new development process to enable monthly releases of Photo RAW heading into 2017. We are prioritizing user feedback and putting your ideas into action for all upcoming product releases.
The future of raw photo editing is nearly here, starting with the ON1 Photo RAW Pre-Release on November 23rd which will be available for download to all ON1 Plus Pro members and to those who pre-ordered. We want to give our best customers the first opportunity to touch the product and give us feedback on their experience while we add the final finishing touches. The full release of ON1 Photo RAW will be December 19th, but we aren’t going to stop there! We’ll be adding incredible new features and enhancements with free monthly updates starting in 2017. These updates will be determined by you and the feedback you provide via the Photo RAW Project.
Our hope is that out of the gate, Photo RAW will be a great alternative for customers wanting a new and modern way of editing their photos. We also want to continue to work where we always have, as plug-ins to Adobe® Lightroom® and Photoshop®. Photo RAW won’t include every feature users want out of the gate, but with your help we can get there before you know it. Remember, it’s just the beginning and the outlook is very good.
Sincerely,
Craig Keudell, President
ON1, Inc.

Save! Unlock a Discount for Your Next Order